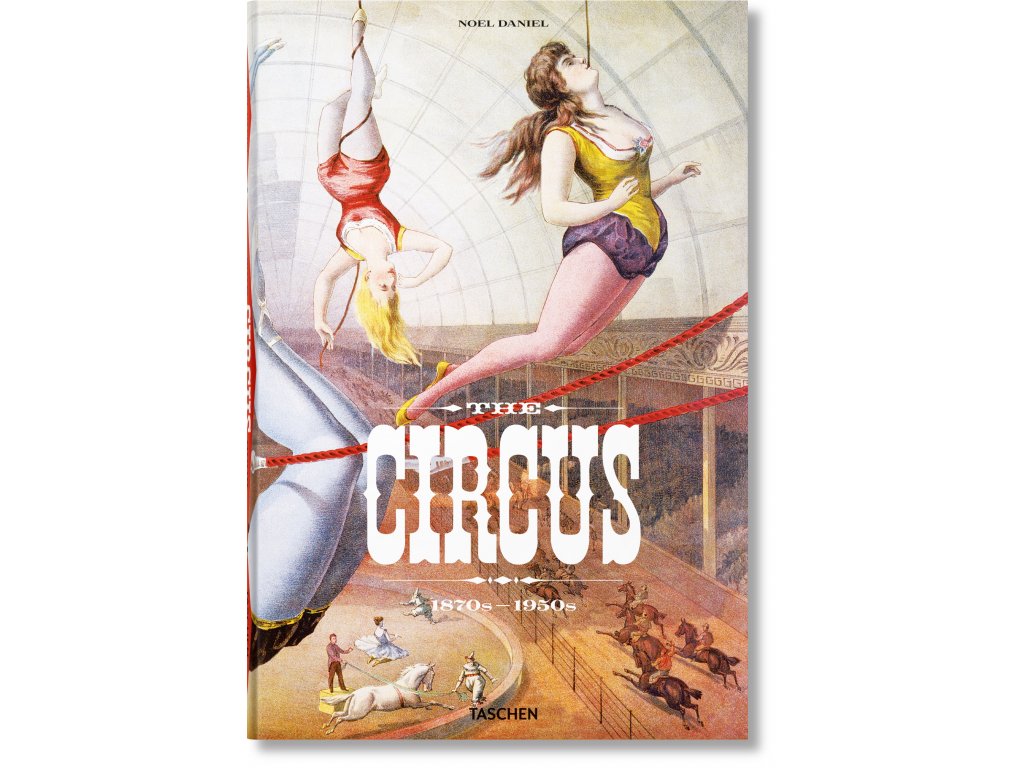 Daredevils and scantily clad starlets, fearless animal trainers and startling “freaks”: This behind-the-scenes look at the American circus brings together original posters and lithographs as well as remarkable circus photographyto explore the glamour and the grit of what was once the largest showbiz industry on earth.

The history and legacy of the circus

In its heyday, the American circus was the largest showbiz industry the world had ever seen. From the mid-1800s to mid-1900s, traveling circuses performed for audiences of up to 14,000 per show, employed as many as 1,600 men and women, and crisscrossed the country on 20,000 miles of railroad in one season alone. The spectacle of death-defying daredevils, strapping superheroes and scantily clad starlets, fearless animal trainers, and startling “freaks” gripped the American imagination, outshining theater, vaudeville, comedy, and minstrel shows.

This book sheds fresh light on the circus phenomenon. With photographic gems of early circus performers, as well as original posters, lithographs, sideshow banners and engravings from the 16th to 19th centuries illustrating the worldwide roots of the circus, readers are transported to a world of thrill and skill, grit and glamor. Highlights include iconic circus photographs by Mathew Brady, Cornell Capa, Walker Evans, Weegee, and Lisette Model, and little-known circus images by Stanley Kubrick and Charles and Ray Eames.

Linda Granfield is a widely published author whose book Circus: An Album won six awards, including a place on the “Best of the Best” list by Chicago Public Library. Known for her clear and accessible writing, Granfield has penned many young adult publications as well as adult nonfiction books. She lives in Toronto, Canada.

Fred Dahlinger, Jr. from Baraboo, Wisconsin, is a circus historian and author of several books on the American circus.

Noel Daniel is a graduate of Princeton University and a former Fulbright Scholar to Berlin. Her TASCHEN publications include TATTOO 1730s-1950s, Kay Nielsen’s A Thousand and One Nights and East of the Sun and West of the Moon, The Fairy Tales of the Brothers Grimm, The Fairy Tales of Hans Christian Andersen, Wintertime Tales, Magic, and The Circus.